Our Mission
To utilize automotive experience base learning to build confidence, knowledge and the do it yourself aptitude in the next generation. Furthermore exposing populations to the automotive culture in order to find healthy outlets and adrenaline, creativity and socialization

AUTOSHOP VOCATIONAL WAS FOUNDED ON A FEW ...

Listen to our story on Success Radio USA….

Gregg Sheldon, a native of Massachusetts, attended a Connecticut college preparatory school. He quickly learned that his personality did not match that of his peers and he did not share their desire for elitism. After graduating high school in 1999, he matriculated to the University of Rhode Island where he pursued a Bachelor of Arts in Psychology.  Gregg continued to flounder socially and struggled to find his place, until he started to befriend the “gear heads” (people who have a passion for and working on cars). It was then that Gregg’s true passion for cars was reignited when he fell in love with the lines of a classic Japanese sports car.

After graduation from the University of Rhode Island, Gregg found employment in the Boston area at a group home for individuals who were developmentally disabled and he quickly attained the position of Program Director. Some gratification was found working with this population, however, the progression of his clients was slow, and often times, no noticeable changes were made. After a few years in Boston, it was time for something new and Gregg moved back to Western Massachusetts where he found employment as a supervisor in a residential youth detention facility in 2007.

Over the next year, Gregg realized that the population he was working with needed something tangible to grasp onto to suit their specific learning styles, and he wrote an automotive vocational program proposal; but despite his best efforts, never took off the way he wanted.

After leaving the residential facility, Gregg became a caseworker for an Intensive Foster Care Agency. It was during this time he attended a school meeting with an Automotive Shop teacher and Gregg had an epiphany, “My dream job is to be an auto shop teacher.” It took some time to build up the nerve to take the first step toward achieving this goal, but he eventually enrolled in a year-long automotive Porter and Chester Institute vocational program for the sole purpose of pairing his passion for cars and helping youth who needed it most by becoming an Auto Shop Teacher.

Upon completion of his automotive education in 2012, Gregg began working at various different auto shops, however, was vested in the Subaru brand having owned a WRX for many years, and continued relentlessly to pursue opportunities at his local Subaru dealership. After exhausting many career options at local automotive shops, Gregg, who still wanted to work with the Subaru brand, applied to Subaru dealerships within a 1,500 mile radius of Massachusetts. Within 3 weeks, he was offered and relocated to the Subaru dealership in Sheboygan Wisconsin (2014). While Gregg enjoyed the professional experience, he quickly realized Wisconsin was not the place for him and the search continued for Subaru dealerships elsewhere; he looked to Colorado where he had vacationed before and was drawn to return. Heuberger Subaru in Colorado Springs made Gregg an offer he couldn’t refuse and he again packed up his things and made the trip across the great mid-west. He worked at Heuberger Subaru for several months and then worked as an automotive shop manager to learn the management side of the industry. In October 2016, Gregg took the plunge and fulfilled his dream of becoming an auto shop teacher by founding and directing AutoShop Vocational (ASV). Aside from teaching youth aspects of the automotive trade through hands on and experiential learning, Gregg and his students create Car Part Art in hopes of one day expanding his student base through scholarships to AutoShop Vocational.

At 64 Larry Noll has done his time. Born in Rhode Island to a Naval family, he has been to lots of places including many of the states and even spent some time in Turkey.

Larry attended junior and senior high school in San Diego when his father retired from the Navy. Upon graduation, Larry went to Arizona to attend Devri Univ taking electronics courses. While there, he worked at a garage where he learned enough to realize that he wanted to make that his life work. Larry moved back to San Diego in ’73 where his first job was at a Lube and Tune shop. Over the next 40 years Larry worked, learned, took and passed lots of ASE (Automotive Service Excellence) tests. Over time Larry became a Certified Master Automotive Technician. He did it all; busting tires, alignments (one of his favorite jobs), diagnosis and tune-ups, and electrical issues; uou name it he did it.

He and his wife Diane have been married for almost 44yrs. They have 4 grown children; a son and 3 daughters as well as 8 grandchildren.  Being a mechanic is hard, greasy and sometimes frustrating work, but he’s happy to be helping others learn what they can and sharing his vast knowledge in a very rewarding field.

Being a mechanic is hard, greasy and sometimes frustrating work. But he’s happy to be helping others learn what they can and sharing his vast knowledge in a very rewarding field. 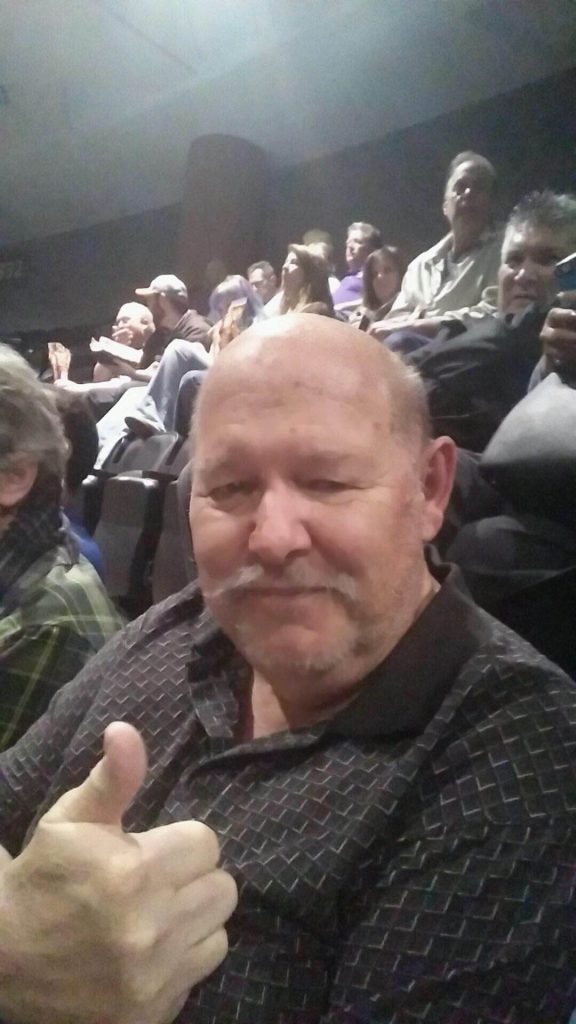 The curriculum includes each of the major automotive systems most of us use every day,  graduates will have knowledge, experience and the “do it yourself” attitude that is missing in many of today’s curriculum.  Public school teaches mostly knowledge-based learning techniques and for many, including myself, it was not the most efficient way to learn. ASV strives to teach those student to be confident in their ability to learn by doing, since learning by reading often doesn’t work.

“The kids just got back! They said they had a blast, and they are learning a lot!”
Scott "Sully" Sullivan
Student Pathways Advisor at Life Skills High School
©2019 Autoshop Vocational
Scroll to top
Skip to content